Being Stealthy at Hit and Runs Gives You a Heart of Gold…? Uhm…

Posted on December 3, 2016 by hungrygoriya

Things have been awfully slow on the retro collecting front lately.  People are in “Christmas Mode” and are selling package deals on the latest and greatest last generation consoles/games rather than parting with their much older counterparts.  If anyone wants used PS3s, XBox 360s and Wiis, now is the time to be looking!

I did manage to sniff out a few things in the last couple of weeks that I’ve been saving up to make a respectable post.  The first was Stealth, an NES game we got for $6 at the thrift store with its manual.  I am personally awful at these first person perspective flight shooters, but my boyfriend was excited to find it.  The game and manual were in good shape, and for $6, you can’t complain! 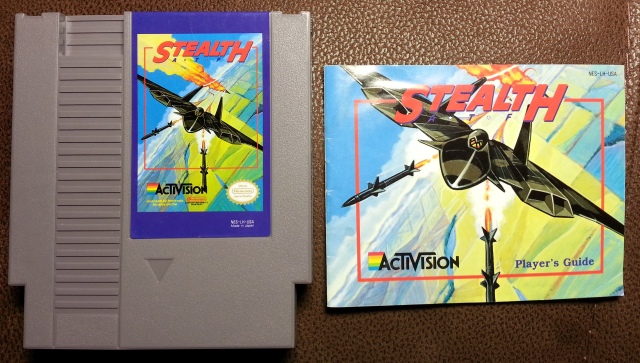 The second game I tracked down was at the same thrift store on a different day, and it was The Simpsons Hit and Run on GameCube.  We snagged that one complete with its manual and case for $7, which was a great deal since I’d only ever seen it for $15 or more at swaps and in hock/pawn shops.  As a Simpson’s fan since childhood and as someone who enjoyed a little Grand Theft Auto back in the day, I can’t see an issue with marrying the two here.  The game disc does look used with lots of tiny surface scratches, but I think it’ll play just fine!  I’ve always adored games that drop you into Springfield, and I will admit that I was briefly enamoured with The Simpsons Tapped Out mobile game a few years ago.  I just love seeing that kind of world come to life with familiar faces and places I’ve known since my youth.  I’m looking forward to giving this one a spin (pun intended). 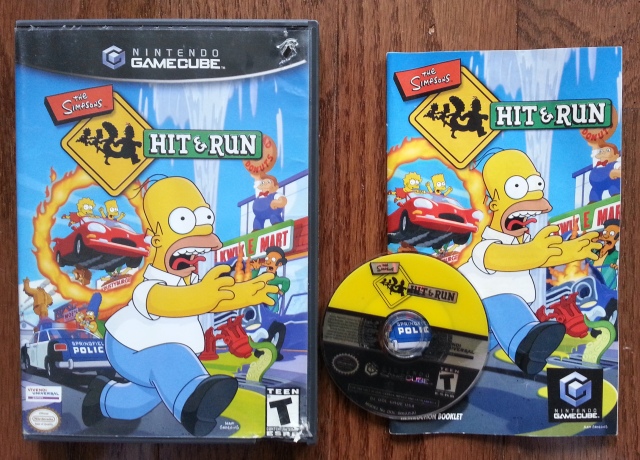 Finally, I found someone selling a copy of Pokemon Heart Gold on the local classifieds site for $40.  It came with its cardboard box, the plastic game case and all its inserts, as well as the manual and the game itself.  The only thing that was missing was the Pokewalker.  As nice as it would be to have, I couldn’t see myself using since I don’t really do much gaming outside of my home.  When I phoned the seller, what sounded like a very young boy answered, and he turned out to be the person selling the game.  We had a lengthy conversation about how he came to find the game and what kind of shape it was in.  He was exceptionally professional and well-spoken, which prompted lots of images of a grown man with a child’s voice in my head.  When I went to go pick up the game, he was probably 12 or 13, and so nice and polite!  I’ve been having bad luck with horrible people on the classifieds sites lately, so this interaction was extremely refreshing.  The game is in pretty great shape, though the cardboard box has seen better days.  It’s a little crushed and ripped on one of its ends, but overall it still has its integrity.  A little reinforcing with some thin cardboard will sturdy it up! 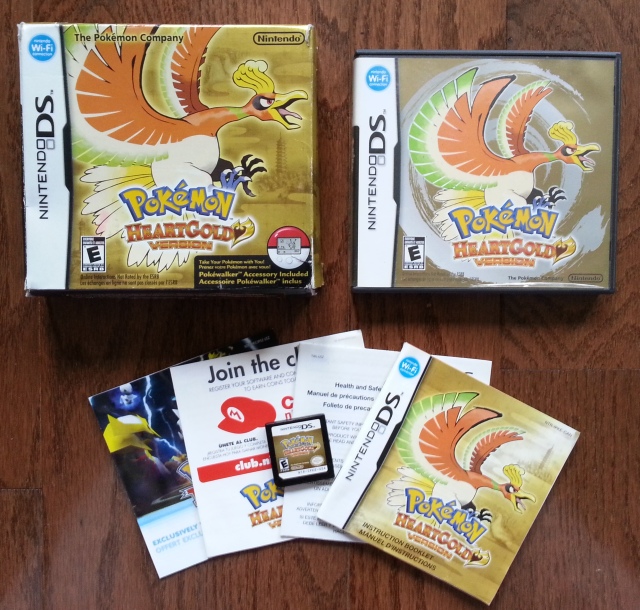 Despite my best efforts, I’ve been missing out on game lots to people who offer a seller way more than what they’re asking for in their ads.  For example, if a seller is asking for $200 for a bunch of games, people are offering $400-$500!  There’s no way to compete with people who are willing to overpay for common games.  I will just sit quietly and wait for good deals to surface again.

Well, today is the day that we will put up our Christmas tree.  If you celebrate, I hope that you’re slowly getting into the holiday spirit!

Thanks so much for reading.

19 Responses to Being Stealthy at Hit and Runs Gives You a Heart of Gold…? Uhm…