Posted on January 4, 2017 by hungrygoriya

It’s a bit of a bittersweet day today since the last of the fun things I’ve been waiting for in the mail have finally arrived. There’s nothing quite like having something to look forward to, especially with all this snow we’ve been getting!  Mail is a nice distraction, but I probably won’t be ordering anything else for a little while.

The first item I ordered was to round out the boxed copy of Dragon Warrior for NES I received recently from a kind internet friend.  I got the Explorer’s Handbook, a detailed guide book with dos and don’ts for the game for when I finally get around to playing it again.  All I’m missing to have a “complete” version of the game is the bestiary poster that has information on all the game’s enemies.  The person who sent me the game is keeping her eye out for it in storage.  Hopefully she can find it and send it to me eventually – I love that kind of stuff!  The Explorer’s Handbook has a pretty fun sense of humour!  I love how it references characters from Nintendo Power magazine and from other NES games of the day. 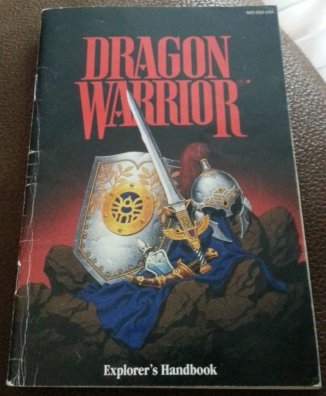 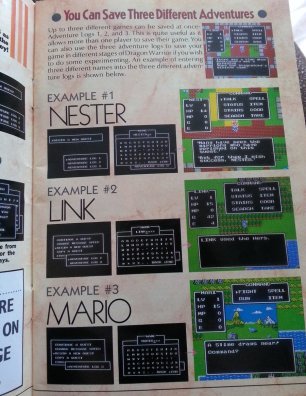 The second item I received today was one I chanced upon when I was shopping for Psychic World.  I was buying from an overseas seller in France and had a look-see at what else they had in their eBay store.  On what felt like page 23849, I saw a North American copy of Secret of Mana for the SNES with its manual and map/poster.  I was shocked to see the price of the game at $120 CDN since at swaps and online, the lowest price I’ve ever seen the game in that condition/level of completeness was $200 with the higher end of that bracket stretching up to nearly $400.  It was a bit of an impulse buy, but I got it!  I am so, so excited to have that game complete.  Since I got a bunch of SNES games CIB last summer, I’ve been itching to find more for a decent price and this was it!  Everything is in pretty good shape, though the manual’s corners are a little bit creased.

The map/poster was in wonderful condition as well.  I’ve often seen this Secret of Mana artwork recreated and adapted, and seeing it firsthand for the first time is really nice.  So nice in fact that I might just consider putting it up in the Nerd Room after I play the game and won’t need the map again for a while.  The map itself on the poster’s reverse side is very plain and a bit underwhelming in my humble opinion.  After seeing the map for Miracle Warriors, every map is going to pale in comparison I suppose.

I wish it was already Spring so that I could get back to swapping and thrifting and yard sale-ing again, but there’s still at least two more months of cold Canadian winter to contend with.  In the meantime, I suppose I will continue on my quest to beat back my backlog with a metaphorical 2×4 with nails hammered into it for extra brandishing effect.  I wanted to thank those of you who have been checking out my LP videos on YouTube/Vidme, and that have been hanging out with me in my streams.  The company and support means the world to me.

Until next time!  Thanks for reading!