The Kindness of Others and Other Things

I very recently opened up a PO Box, and a few people kindly asked to send a few packages my way.  I was thrilled to be the recipient of some new games and I wanted to showcase them here.  I’ve also been scouring some local stores and online sites for more stuff too, so buckle in for a wild ride!

First up is Lizard for NES. It’s a homebrew game from 2018, and the creator, who found me on Twitch and has been a regular viewer since, gifted a copy to me.  I recently played through it on stream, and it was a really fun little adventure that really got the wheels in my head spinning while trying to figure out some puzzles and mastering the landscapes.  I haven’t played a lot of homebrew games, but I can definitely vouch for the quality of this one.  Another thing I appreciated was that the cartridges are all brand new versus being made from destroying existing cartridges.  There’s more information on the game’s website if you are even remotely interested, and the game is also available digitally if you prefer that avenue. 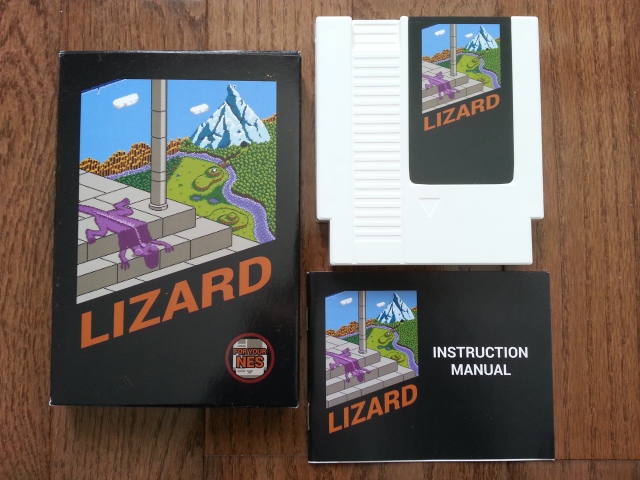 The same person was also kind enough to send me a reproduction copy of Sweet Home for NES.  This is a fairly well-known horror RPG from the 8-bit generation that was a Japan exclusive, but the fan translation has been repackaged into a cart and sold with a box for people that want that experience.  I was happy to take this off his hands since I don’t tend to emulate very often, nor do I own any kind of Everdrive-like device for the NES to play translation patched roms.  I hope to play this in the coming months! 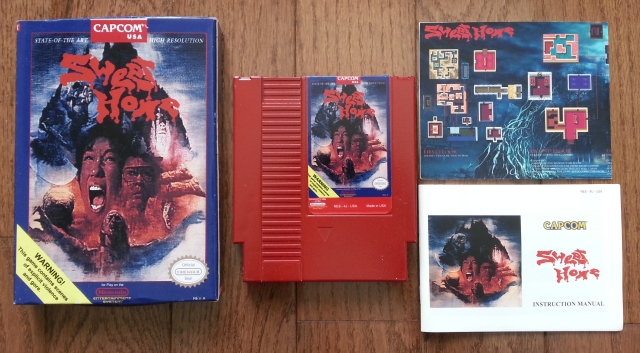 At the thrift store, I came across a copy of Pirates! for NES.  This is one I’ve been wanting to play for a long time, and it’s an open-world game where you go to different places and either pillage or team up with different people.  I would’ve loved to have found a manual too, but I’m hoping there’ll be a scan online to see what the details are all about.  I also love pirates and pirate media, so it’s right up my alley. 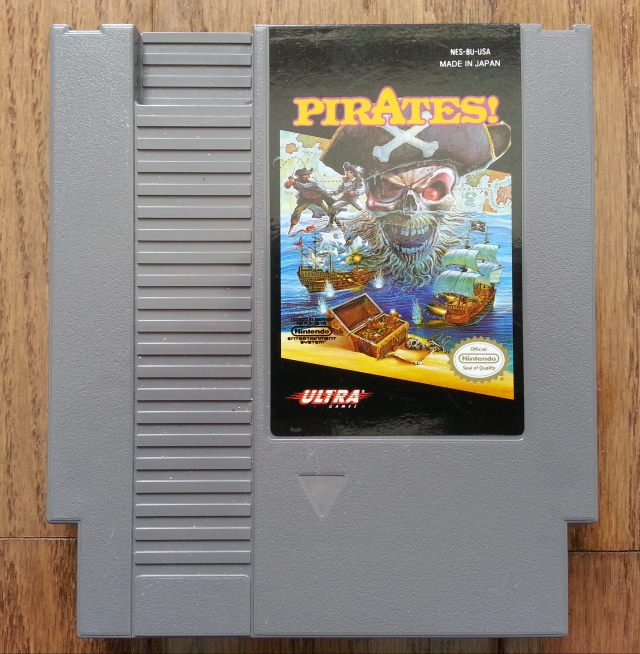 A glorious purchase from eBay was made!  I finally own a Famicom copy of Faxanadu, my favourite game!  This version has the religious censorship removed and you’re able to name the hero, and although I think most of the main game is the same, these small changes might make my next playthrough a little bit more interesting.  I also love the cartridge colours and design.  It’s so different from the North American version’s art! 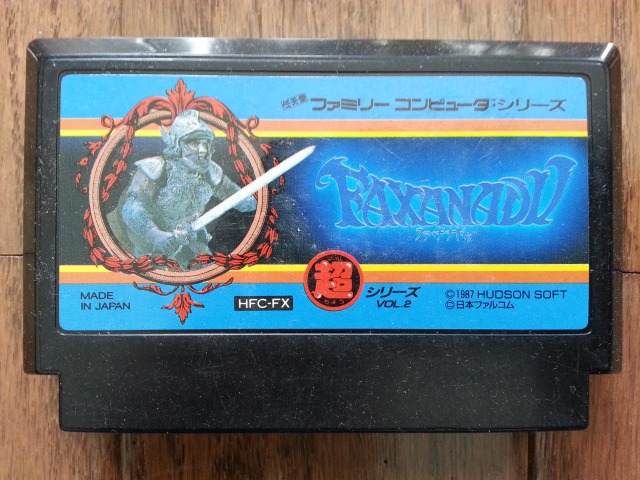 I also picked up PAL Game Boy games, The Smurfs and Kirby’s Block Ball.  The Smurfs looks like a pretty competent platformer, and I was also really impressed by Kirby’s Block Ball.  It’s essentially a more advanced version of Arkanoid/Break Out with extra elements like a charge mode to break through different kinds of blocks.  I can’t wait to spend more time with both of these. 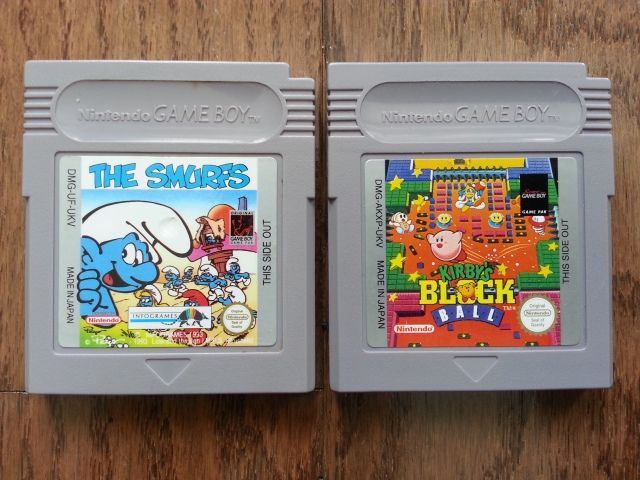 A wonderful stream viewer sent me Wario Land II and Wario Land 3 for Game Boy and Game Boy Color!  I was really touched, and given that I just finished Virtual Boy Wario Land lately, I’m curious to see how the series evolved and changed with the latter installments.  Apparently these two games are quite different from the ones that came before them and really shuffled the formula up in a lot of ways.  I’m honoured to have these as part of my collection. 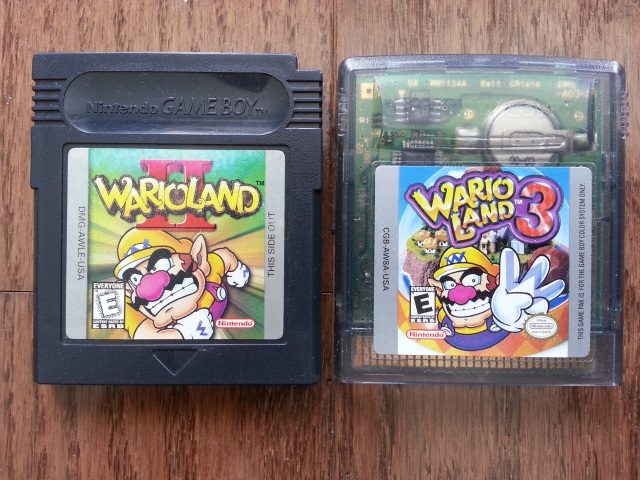 Staying in the handheld realm, I picked up what I thought was a legitimate copy of Doom II for the Game Boy Advance, only to get it home and realize that it was a bootleg.  I think this game is very uncommon and it would’ve been pretty unlikely to find it at a thrift store, but luckily I got a refund for it and had an opportunity to educate the store on what to look for in fake games.  I asked to hang onto it since I can’t imagine ever finding a legitimate copy, but more importantly, I didn’t want them trying to sell the game to anyone else.  I also really liked the little protective case that came with it! 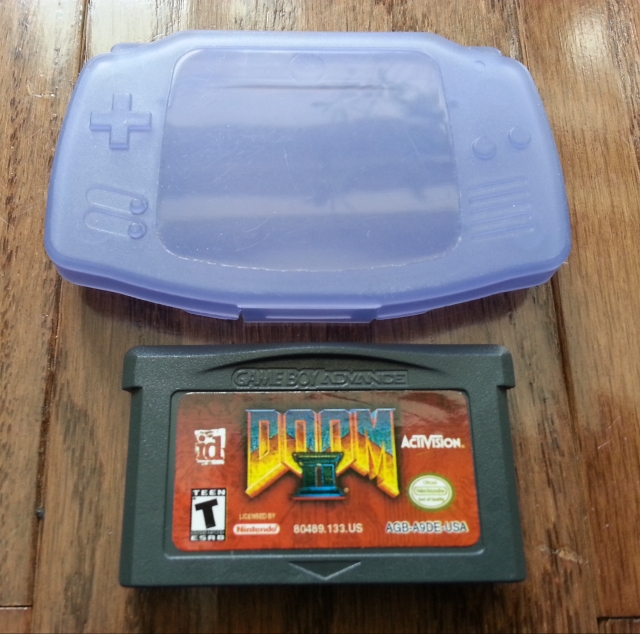 In what is supposed to be part 1 of 2 of a shipment, a good online friend sent me a few things, the first of which is the manual for Out of This World for Super Nintendo.  The game is supposed to come whenever she can send out another shipment, but you all know how much I love my manuals! I’m really grateful to have this! 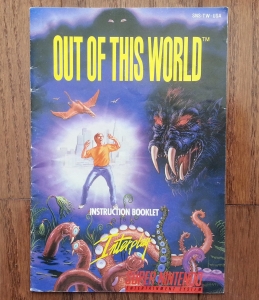 After discovering the fantastic experience of Katamari Damacy, I was hoping I’d run into other games with a similar theme of casual collecting of environmental objects for a larger purpose.  Tornado Outbreak for the Wii captured my interest because not only is it exactly that, but there’s a totally different feel to this game that involves destruction.  You pull things up and away, but you also tear buildings apart piece by piece to flatten them.  It’s not as charming as Katamari by a long stretch, but I look forward to giving it a go! 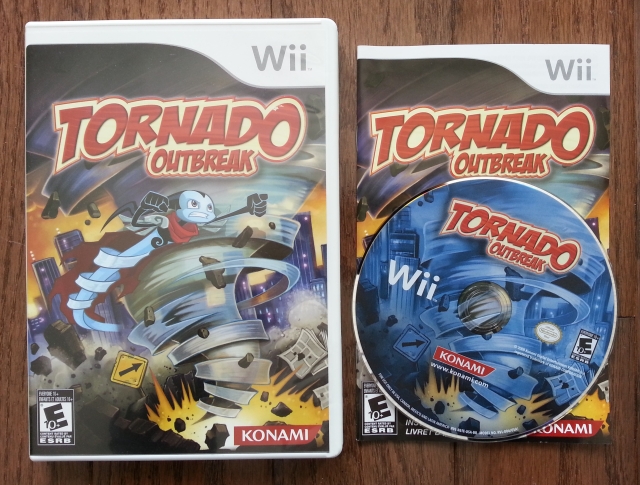 These were more gifts from the same person who sent me the Out of This World manual.  Tales of Symphonia: Dawn of the New World, Bleach: Shattered Blade and Link’s Crossbow Training are all great additions to the collection, and everything came to me in great shape.  The top two games also had their manuals included, which is always a plus!  I didn’t even realize Tales of Symphonia had a sequel and know virtually nothing about Bleach, but that’s the beauty of this kind of gift!  They’re always full of surprises. 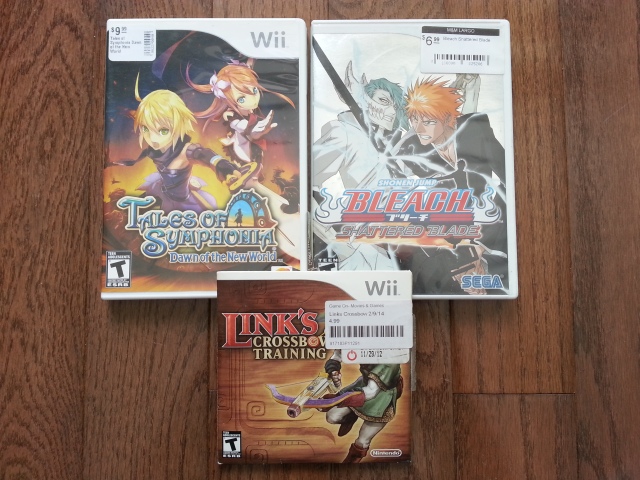 I can’t have a new games post without including a little Master System, and this time I found myself a copy of Dynamite Duke.  This cover art has cracked me up more than it probably should, but it was a steal for a complete-in-box game.  It’s in pretty good shape overall! 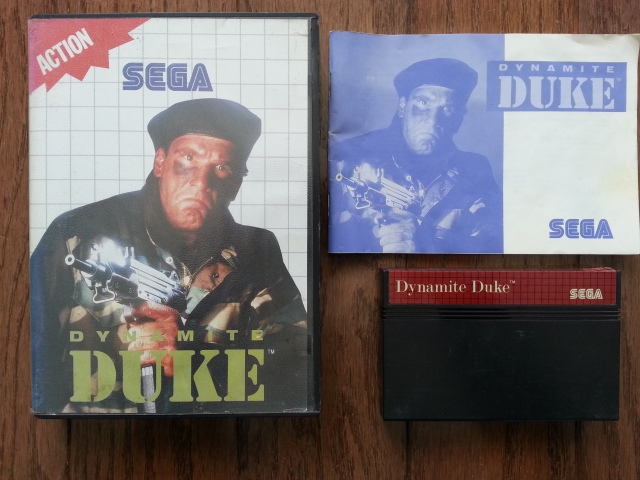 I don’t usually pick up too many Game Gear games, but these two I couldn’t pass up on.  The first is an action RPG for the system called Ax Battler that is either loved or hated depending on who you speak to, and the second is Revenge of Drancon.  Never heard of that one? Me either until I found out that it’s actually Wonder Boy!  It has a different name in some places and for some systems apparently(?) and I had no idea that they were the same game until I got it home and popped it in.  Here I thought I’d found some cool new RPG for sale, but nope! 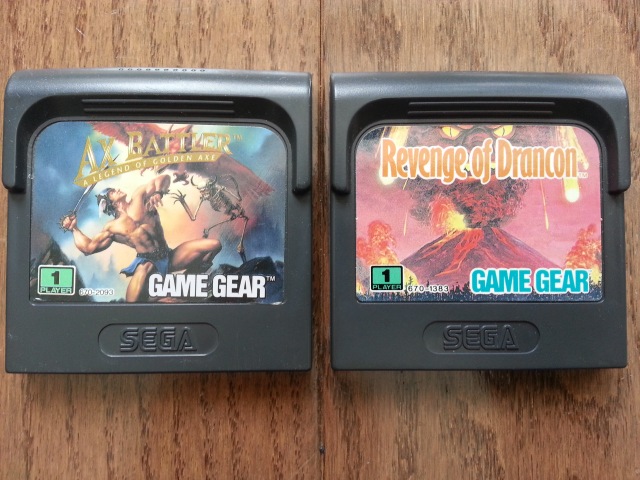 A dear friend sent me her Saturn stuff since she lost her console in a flood, and the first game she put in the mail for me was Shining Wisdom.  I do have a copy of this one already but the disc doesn’t run the greatest.  I’m hoping this copy might fare a bit better, and it’s always great to have a backup in case the worst happens when I finally get around to playing this one. 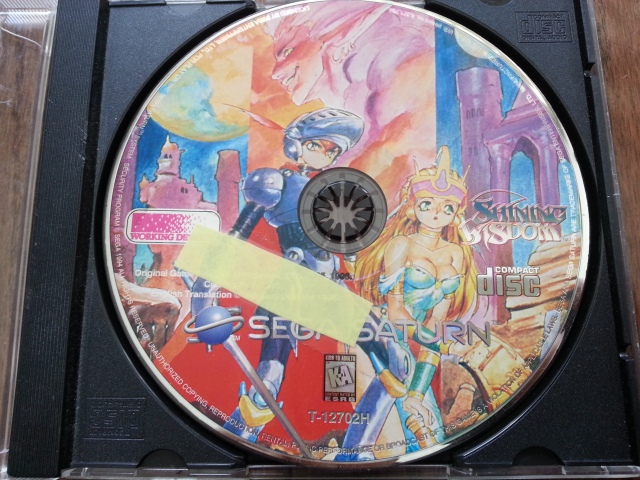 Another Saturn game she sent my way was Virtua Fighter 2.  I wonder if this was a pack-in with a console since it’s a Not for Resale version or if there’s some other story here.  I’ve played a bit of the first game and it seemed like a pretty decent fighting game, so I’ll be curious to give this one a whirl as well.  They’re both in lovely shape too! 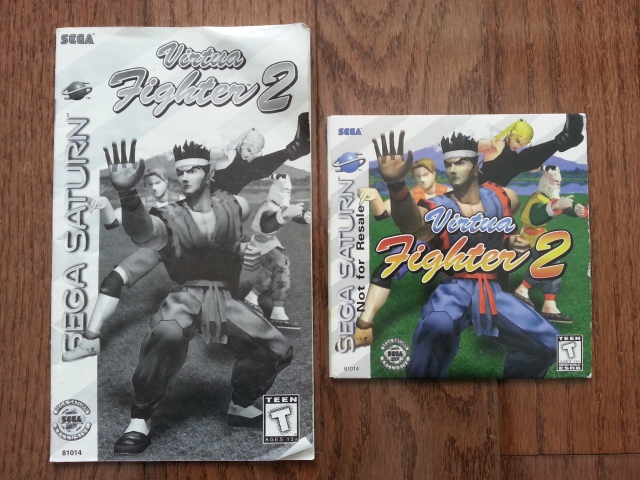 Guardian Heroes for Sega Saturn also came from my friend and looks to be a really cool game! I hadn’t heard of it before it was on its way to me, but it’s apparently a beat-em-up with RPG elements, maybe in the same kind of vein as River City Ransom?  I’m not entirely sure, but what I’ve seen of the gameplay looks pretty different from what I’m used to playing. I’m excited for this one!  Unfortunately it didn’t come along with its manual, but the disc is in relatively good condition! 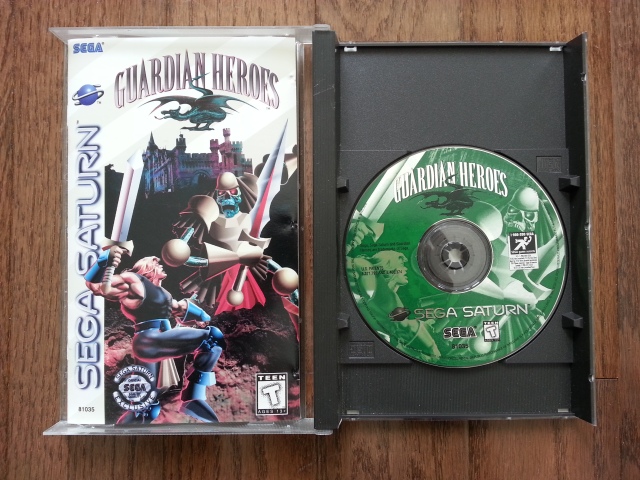 One of the most anticipated things I had coming my way was Castlevania: Symphony of the Night for the Playstation 1.  This is a game I’ve only been able to dream of owning since finding out about it and finally delving into the Castlevania series late in 2018.  It is apparently the best of the best! I’m still missing quite a few Castlevania games to be able to call collecting for that series complete, but this definitely checks off a significant item on the list. 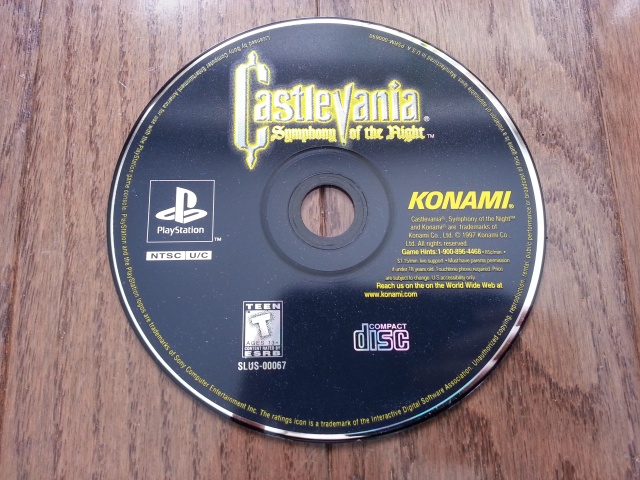 I’m not too familiar with Naruto, but a friend sent me this Playstation 2 game praising its awesomeness and told me that I’d  enjoy it whether or not I’m into the show.  I’ll have to take her word for it! 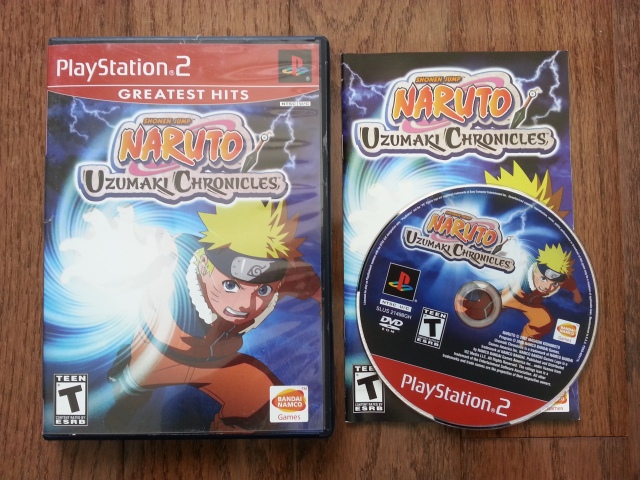 Sonic’s Ultimate Genesis Collection for Playstation 3 also came in the mail, and I’m absolutely thrilled to own a copy of this game. I loooove Sonic and have played Sonic the Hedgehog 2 for the Genesis to death throughout my life. I just recently finished Sonic 1 again for the second time, and now more than ever I’m looking to get into latter games in the series.  I had a copy of this for another console (maybe PS2?) and it used to freeze on me constantly.  I never did figure out how to get that up and running, so I’m hoping this version works swimmingly! 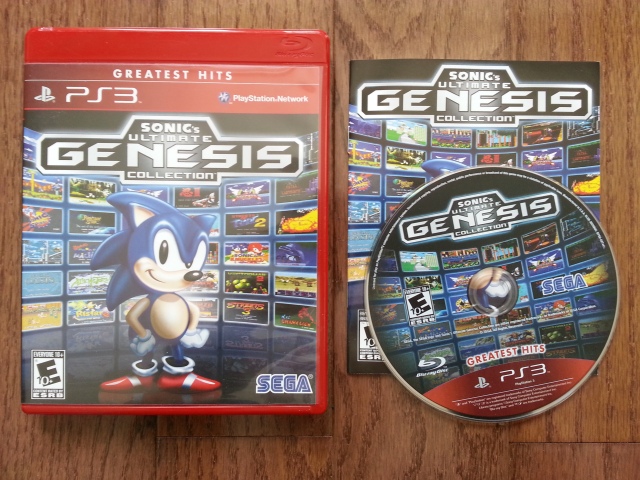 Last but not least is something near and dear to me: A King’s Quest V hint book.  I adore King’s Quest V so much.  It was my first saunter into Sierra games and I played it on the NES first.  I have yet to play the PC version, but anticipation of getting to that some day, a friend of mine was kind enough to send along a second copy of the hint book to me so that I could have it. I know that game pretty well so it’s a hint book I’d love to sit down and actually read through to see if there’s anything I’ve ever missed in the game.  I am so thrilled to have a copy of this, and it’s in perfect condition.  So lovely! 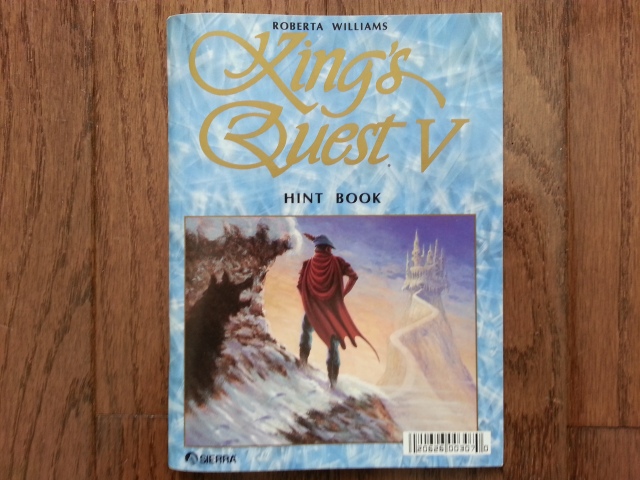 And that just about does it for the moment.  I can’t say enough how grateful I am to have people in my life that want to share parts of their past with me in the form of pieces of their video game collection.  I’m honoured to be able to have the opportunity to play these games and appreciate them! Thanks to everyone that sent anything out my way.

As always, thanks for reading!

5 Responses to The Kindness of Others and Other Things